Mimøs on a Friday Night

Back in March I was introduced to this band Mimøs during a show I was playing. I immediately fell in love with their music. This band, birthed in Philadelphia, is comprised of three talented artists, Carlos, Charles, and Addison, whose dedication to their craft is seen through their alluring melodies and expressive lyrics.

Friday night at The Fire I attended another one of their shows where I was introduced to a new type of instrument as well as a few songs that weren’t on their album PLAY (which you should definitely check out).

Kicking their set off with Kid Walking was a great way to get the crowd in the mood. One of the nice things about Mimøs is that they have these memorable guitar licks and drum patterns. Another nice song they played Poor Mama had a cool vibe to it, especially with Charles on guitar and Carlos on vocals & bass. (I’m actually listening to it right now sitting outside in my front yard under this huge Maple.) Their music is just so chill.

Quebec Nights just came on which is perfect because I’d like to give Addison a quick shoutout “Congratulations!”. (He just got married!) So, what was great about Friday night was that the band had a few friends join them on stage. Katherine Oaks accompanied them on Quebec Nights which added an appeal to the song. When the band did PLAY they brought on stage an instrument called the shruti box, which is an Indian instrument. Very neat to hear how the instruments drone-like sound added to the song.

I’m a fan of musicians who add a cover song or two into their set. To me it lets me know who sort of inspires them as an artist, and with Mimøs they did Bill Withers Ain’t No Sunshine. Perfect choice for the tunes they chose for Friday. I’ve got to say that overall I thoroughly enjoyed their set. I could go on forever just telling you what makes Mimøs so special but I feel like you should just check them out yourselves and then we could talk together. 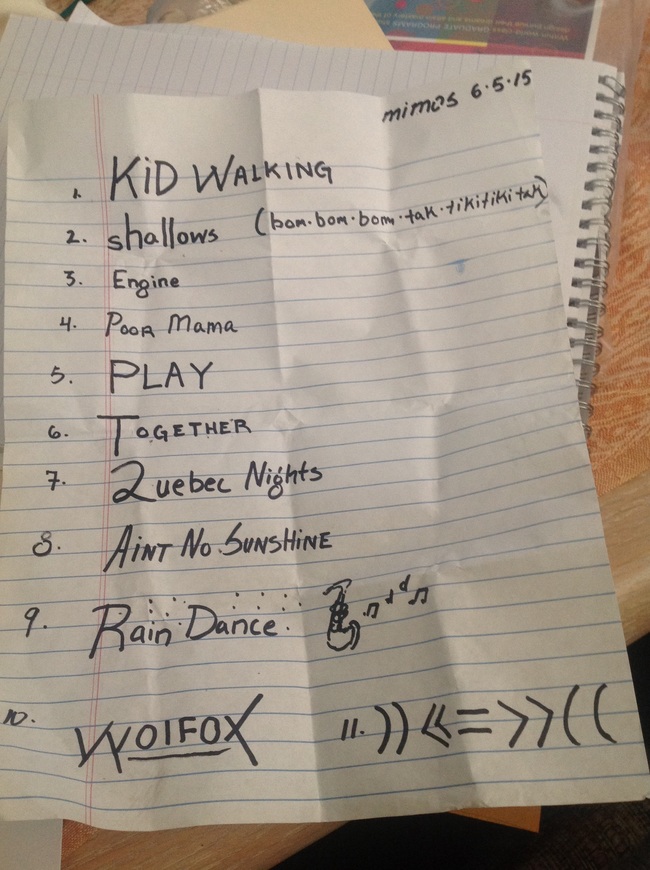 Camino From October 22nd to November 1st we celebrate the 24th annual Philadelphia Film Festival hosted by the [Philadelphia Film Society] (www.filmadelphia.org). This 11 day festival showcases dozens of films from around the world. On... Continue →